Adrienne Keene talks about the cultural appropriation of Pendleton blankets in her Native Appropriations blog:

Let's Talk About PendletonShe has mixed feelings about this trend, noting Pendleton's long association with Natives:Comment:  Given the key facts:

1) Pendleton's designs are based on Native colors and patterns. I don't think they've appropriated any special symbols or designs. (Only the white-buffalo blankets seem questionable.)

2) Pendleton has been making blankets for a century with the wholehearted support of Indians. I don't think anyone has seriously argued that these blankets are cultural theft.

I'd say the Pendleton blankets and the hipster fashions are okay. They fall into an acceptable category of cultural appropriation--same as my "Fighting Terrorism Since 1492" t-shirt.

For more on Pendleton, see Premo Designs Commemorative Blanket and A Century of Pendleton Blankets.

Below:  A Pendleton Santa Fe Jacket from Urban Outfitters. 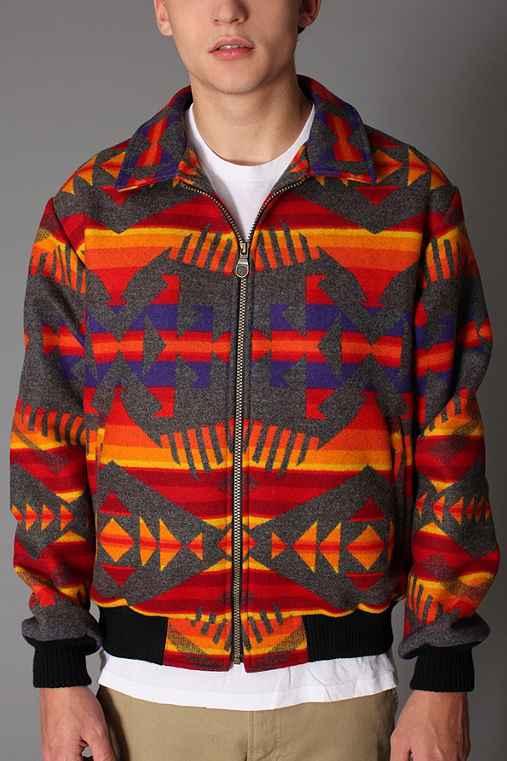