By Amy GermanThis action was based on a tribal resolution:More on the tribe:

Oujé-BougoumouComment:  The tribe seems progressive enough, but its policy of banning traditional practices in favor of Christianity is shortsighted. Christianity has hurt more Indians than it's helped, which is why many Indians reject it.

For more on the subject, see Catholics to Ban Indian Practices? and Landover Satirizes "Injun Sin." 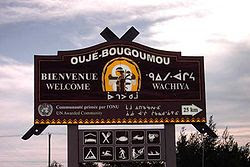 Sweats are mostly used as preparation for ceremonies or periodic cleansing. Hopefully, this tribe is not doing away with everything that signifies their culture and traditions.

Otherwise, whats the use of having a tribe? Why not just shut down tribal operations and convert their energies towards a mega-church? Its definitly more profitable.