The fate of Lost Bird

By Gene SmithComment:  Lost Bird shows us what happens when you force someone into a foreign culture. She was treated like an oddity and a freak. She endured taunts and bullying. She felt dislocated, alone, and lost. She got married, had children, and suffered abuse because that's the only validation she had.

Multiply that by a few million and you have what happened to Indians as whole. Their old cultures were destroyed and they were forcibly assimilated into mainstream society--with its rugged individualism, do-or-die economics, and emphasis on wealth and success. Indians did about as well in this environment as modern man would've done in their environment. 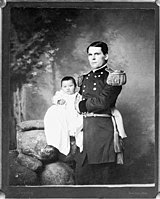 Thank you SO much for sharing this! A truly heart-felt write, and an incredible story. I am interested to learn more about Zintkala Nuni.