If America were a game of Monopoly

By AbagondAnd:And:Comment:  See the original posting for the complete set of rules.

For more on the subject, see Robin Hood the Socialist, Americans Refuse to Acknowledge Prejudice, and Non-Indians Complain about "Inequalities." 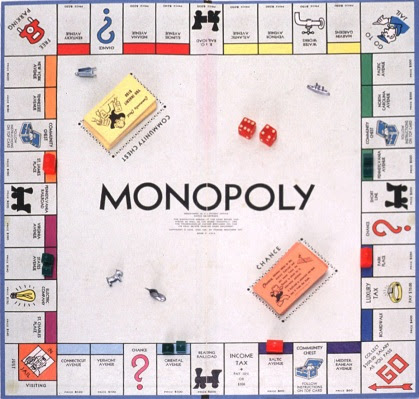