The right-wing craziness continues. Now the Pittsburgh Tribune-Review takes up the cudgel against Obama:

Shaky groundComment:  The phrase you're looking for is "Turtle Island," not "Turtle Bay," idiots.

Consider all the insinuations in this editorial. Obama shares beliefs with "Turtle Bay"--meaning his beliefs are foreign and un-American. The signing is a "coup"--meaning an attack on the US and its values. Actions count more than words--meaning Obama the Kenyan tribesman may try to circumvent the Constitution. The ramifications are "chilling"--meaning Obama threatens American lives and liberty. "Indigenous peoples" is undefined--meaning every minority may try to take what rightly belongs to white Christian Americans. "Reparations"--meaning unjustified handouts and welfare payments to undeserving brown-skins.

There's no serious attempt to represent the UN declaration and its ramifications accurately. It's all veiled racism and xenophobia against Obama and his fellow minorities. The message is: Get ready, real (white) Americans, because the brown-skins are coming to take back what you took from them.

Or as Sarah Palin put it: "Commonsense Conservatives & lovers of America: "Don't Retreat, Instead - RELOAD!" If necessary, you may have to shoot and kill the savage subhumans--blacks, Latinos, Muslims, Indians, et al.--who are out to get you.

For more on the UN declaration, see Farah Wants Manhattan Back and Right Fright Over UN Declaration. For more conservative attacks on minorities, see Racist Rhetoric Fuels Hate Crimes and Palin:  Racism Is a Ploy.

Below:  What supporting the UN declaration means to conservatives. 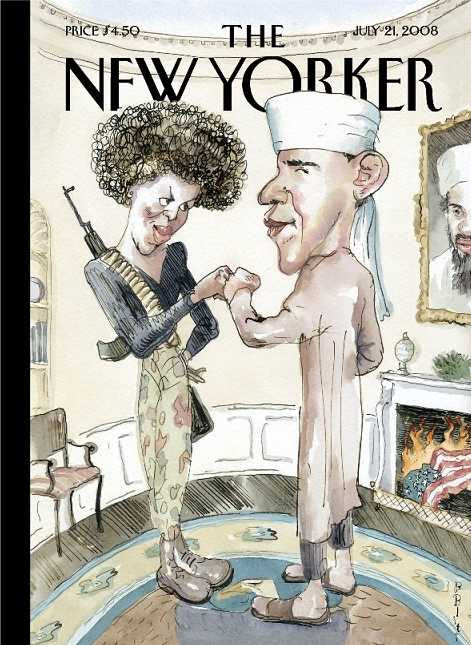 Dear God, you'd think with "Turtle Island" being a trope on TV Tropes, these idiots could just use Google.

Not more else to say. I've already said what I can: Right-wingers are racist fuckwits, and a UN resolution has about as much meaning as if I say "I won't kill you...for now."

How common to different Native cultures is the "Turtle Island" concept, really?

As for "Right-wingers are racist fuckwits,"

Yes, some are. But often when it comes to a vote, like the California CRI, the left side votes FOR racism, and the conservatives vote against it.

The Turtle Island concept may be familiar in the northeastern part of the US. You know, where they actually have turtles in rivers and lakes.

But since many Indians are urban these days, I think they've adopted "Turtle Island" as a pan-Indian concept. You know, like powwows, sweat lodges, or frybread.

P.S. Policies such as affirmative action aren't racist if they correct the existing racism in the system.