Whites defend "right" to be racist

The "We're a Culture, Not a Costume" ad campaign is getting a lot of attention. It's also getting a lot of pushback. Some people are parodying it for fun, while others are defending their racist costumes.

In Miss(ed) Representations, Part One:  ‘I’m a Culture, Not a Costume’ Campaign, the Racialicious blog discusses some of the responses. It highlighted one particular response from "Jerry Stein" at Autostraddle:OMG, how incredibly unoriginal to say, "OMG, get a life." We've heard that one only a million times before. 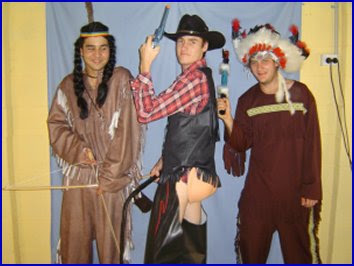