By Robert DesjarlaitOn the other hand, a Native activist explains why he's joined the Occupy movement:

Why I Am Occupying Wall Street

By John BirdComment:  I agree with Bird that waiting for Obama to change things is a waste of time. He needs a kick in the butt almost as much as the Republican Tea Party does.

If I were a Native, I'd recognize both these views. On the one hand, it's unlikely that a white, middle-class movement will put indigenous issues at the forefront. On the other hand, this may be the best chance Natives get to push an agenda that helps them.

So I'd say skipping the protests and joining them uncritically are both sub-optimal approaches. If I were a Native, I'd join the protests but try to shape and channel them from within. 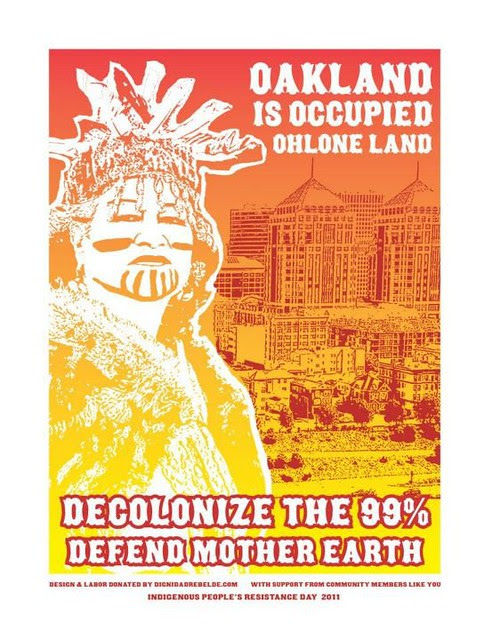 If they want to complain about the mortgage crisis, they should occupy the Capitol building. The mortage crisis and the economic meltdown were the direct result of bad regulations put in place and protected by Barney Frank and others in which government agencies (Fannie and Freddie) forced banks to make a LOT of bad loans.