Below:  "Gochen Tulku Sang-ngag Rinpoche, left, and Khenpo Namchak checking on the quality of the completed castings of Buddhas." (Mike Albans for The New York Times) 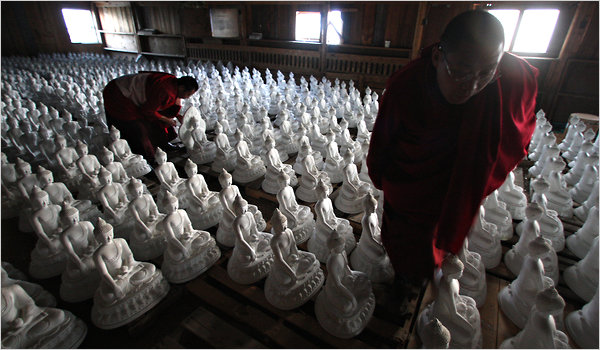 :for the Tibetans, at the hands of the Chinese"

There's been recent news about Mainland China's efforts to eradicate the Tibetan language and culture. It puts the lie to the Mainland China's claims that Tibet is an irrevocable cultural part of China. If it really were, why would they have go to to draconian efforts to turn it from being Tibetan into being Chinese?