By Kelsey KnorpThe stereotyping students offered the usual rationalizations for their minstrel-like behavior:Comment:  Well, boo-hoo! The school interfered with the students' constitutional right to act like racists and demean an entire ethnic group. How horrible.

Dechert tries the magical power of intent to excuse himself. He didn't realize he was acting like generations of idiots who think Indians are nothing more than a pack of howling (were)wolves. Therefore, he did nothing wrong.

The core of Dechert's stupidity is thinking that portraying Indians as savages isn't "negative." Right, and there's nothing negative about comparing Bush to a chimp or Obama to Osama bin Laden. It's just a neutral, objective effort to note the similarities between things. Like Darwin's study of finch beaks in the Galapagos.

It's also his thinking that Indians want to be "celebrated" as savages. Where did Dechert get this ignorant idea? Did he ask any Indians about it? Obviously not. He got it from a million media images--movies and TV shows, sports mascots, company logos, Halloween costumes, etc.--telling him that Indian savagery is good clean fun.

For more on the subject, see Stereotypical "Sioux Me!" Teazshirt and Students Learn from Chief Illiniwek?! 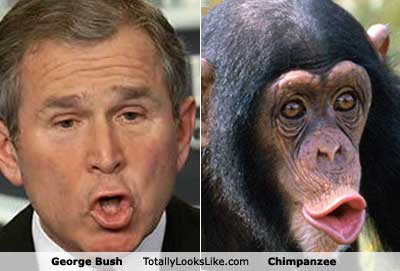