Native Noir:  Genre and the Politics of Indigenous Representation in Recent American Comics

Royal seems a bit surprised that I reviewed SCALPED after one issue. My initial critique was based on the first issue because that was all that was available then. My opinion didn't change after issues #2-6. Really, if it takes you 10 or 20 issues to develop fully-rounded characters, I'd call your comic a failure. A good comic (e.g., WATCHMEN or DARK KNIGHT RETURNS) does it in one. 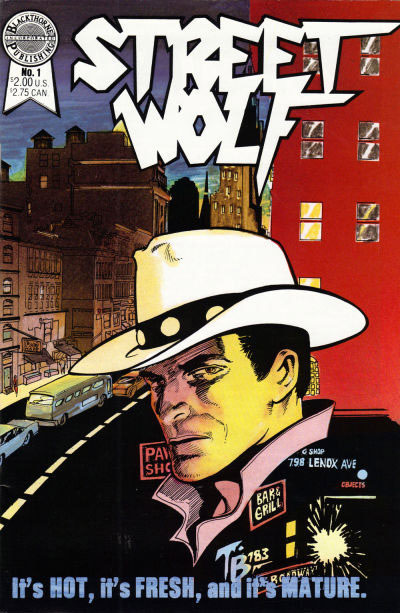 But do you agree that the bottom blurb line really does nothing to help encourage one to be interested in the comic?

Yes, the STREET WOLF cover does. But I'm not sure the same artist did the interior art. If he did, it doesn't look Chaykinesque.

I doubt the cover blurb attracted many readers. Moreover, I don't think it's true. That is, I'd say the three words don't apply to the story. It's standard martial arts/crime material--nothing special or different.