Below:  "A memorial to the three people who died during a a sweat lodge ceremony at Angel Valley in Sedona, Ariz." (Joshua Lott for The New York Times) 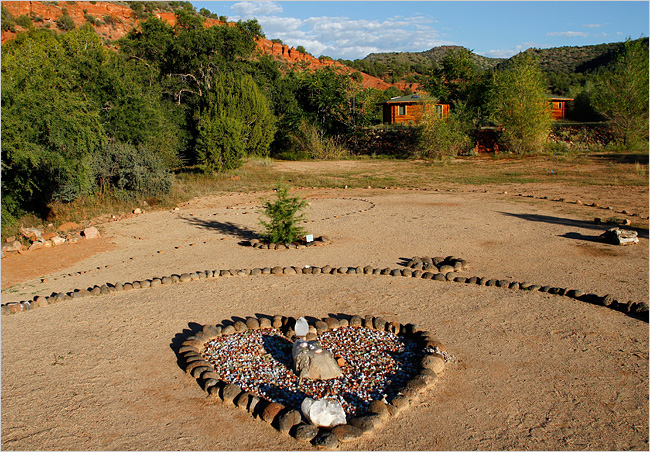 Education can defeat these, along with confrontation inside the legal system and out for actual crimes involving manslaughter and fraud.

No need for frivolous lawsuits based on nothing-to-do-with-the-dictionary definitions of "theft".

Sweats have been going on for thousands of years on this continent. This cleansing ceremony is not a play thing for new agers and tourists to be using for their personal agendas and profits.

As someone that has been in a sweat lodge myself, one of the first things you are told is that if the ceremony gets "unbearable", you should get up and leave.

Anglo mentality turns everything into a pis*sing contest.


Where these people get the idea that they represent an ancient and sacred ceremony backfired on them for entrusting someone that exploited it for money or cultural prestige.

Sedona has been turned into a haven for quacky and self-proclaimed wannabes. They are nothing but a bunch of rich ignorant hippies exploiting tourists and promoting spiritualism by capitalist philosophy.

I've been to one or two authentic Native sweat lodges. Outside of them, actually. As they were authentic, they were not in use, and weren't tourist sites. On the other extreme, a good friend of mine is one of those entirely non-Native new agers who has gone on sweats.