By Leon Grodski de BarreraGoshorn's point:Comment:  This exhibit sounds like a good way to make people think about Native stereotypes. Which they might not do if they saw only a collection of images and objects. Putting the photographs around the room as if they're staring coaxes people to compare the stereotypes with reality.

Also note that writer Leon Grodski de Barrera makes the same point I did in Why We Believe in Columbus. Namely, that Columbus started the myth-making process still at work today. That he did so to dehumanize the Indians so European Christians could justify their crimes.

For more on the subject, see "Take a Picture with a Real Indian" and Why People Don't Care About Indians. 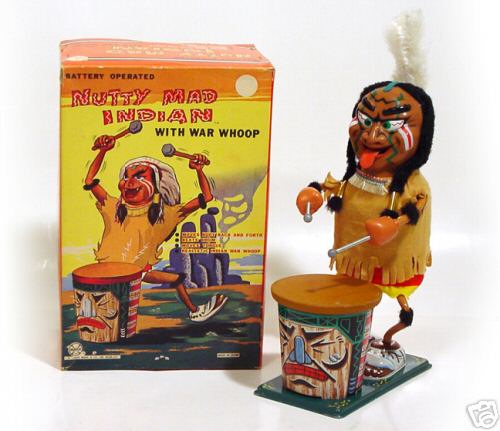