I haven't seen the Adam Sandler comedy Funny People, but someone told me it has a Native-style scene. Apparently some half-naked kids in facepaint do an "Indian" dance with Hula Hoops in a backyard near a teepee. I imagine this is the family of Clarke and Laura, the ex-girlfriend of Sandler's character.

This is turning into quite a summer for Indians and faux Indians in Hollywood movies. The entries include:

The Proposal
Public Enemies
Imagine That
Night at the Museum 2

And New Moon is coming up in November. 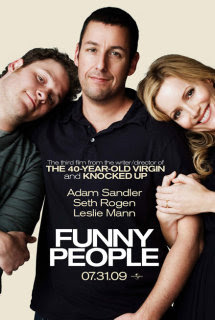