Quentin Tarantino appeared on The Tonight Show Tuesday (8/25/09) to plug his movie Inglorious Basterds. He talked about how his characters scalped Nazis as a form of psychological warfare. He joked that Conan O'Brien's hair would make an impressive scalp. He showed a clip of Aldo (Brad Pitt) ordering his men to collect 100 scalps from 100 dead Nazis.

I wonder if this omission was intentional. How would it have sounded for Conan to tell millions of Americans that Tarantino's characters were scalping people like savage Indians? I'm guessing that wouldn't have gone over too well, and Conan probably knew it. 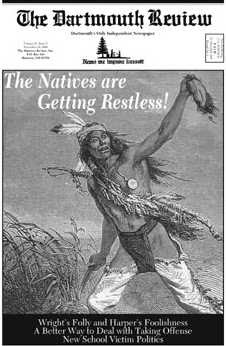 ...just to point to a little know fact that scalping had been a very ancient Eurasian tradition long before the Apaches scalping some Native Mexican Tlaxcalan colonists in the northern New Spain - starting with the Kimerians and Scythians (1st millennium BC) who not only scalped their vanquished foes but also flayed their skin and made the entire human skin into a sort of horse covering - btw I find that new Tarantino's movie idiotic, especially in light of this year 70th anniversary of the most savage carnage in the history of Europe - e.g. back in 1942-44 my own father saw with his 7-9 years old eyes several public killings of his favorite cousins, uncles and other civilians being executed by the Nazi Germans... Tarantino's f..cking comedy about killing - pop culture is sick.

I've heard about the European scalping, but I believe the Indians developed the practice independently. Even if the Europeans brought it with them and introduced it to some tribes.

For more on the subject, see Al Carroll on Tarantino's Scalping.