By Chipa & Ruby WolfeComment:  The bear pit in the picture below certainly looks inhumane to me. Once again, a picture is worth a thousand words.

For more on the subject, see Why PETA Brought in Barker and Hicks:  Cherokee Bears Are Fine. 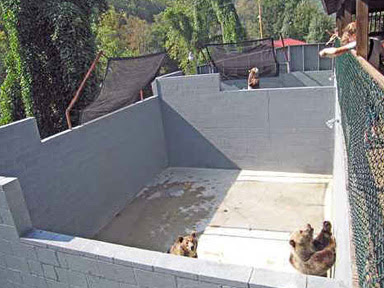