Mistakes and stereotypes in Westerns

Another excerpt from a fine article on Indians in Westerns: 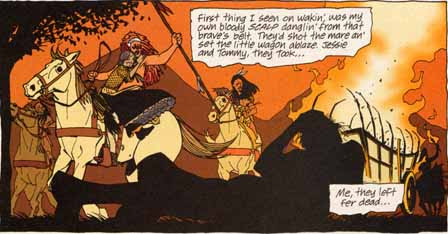 Realistically, there's nothing we can do about the old trite western flicks. But in today's reality, as an Indian. I can always tell the next white guy that those classics were so phoney in every aspect including the "Injuns" themselves. But seriously, who really watches those old films? Many younger people don't hoot or much less about the older films. Just a lot of older generations. And I think the classical stereotypes will eventually die off as more recent and slightly accurate movies began to surface. Making the older ones look silly and laughable.